Explore the deserts of Africa, Madagascar, South America and North America. Snap a selfie by giant cacti, seek out succulents, agave and more, and meet Steve, our resident bearded dragon. The Tropical, Desert and Show domes make stunning backdrops for wedding or engagement photos. Formal photography is available during regular open-hours for small groups. A Photography Permit must be purchased to reserve time at the Domes to take photographs.

Apply for a Photo Permit 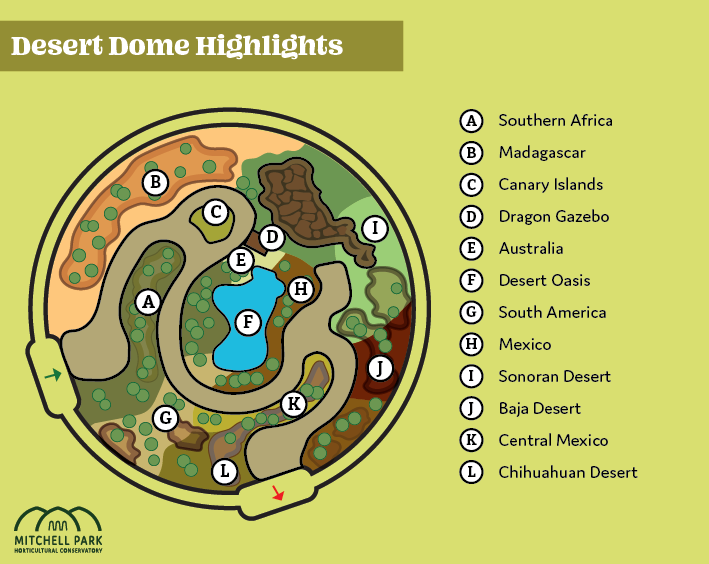 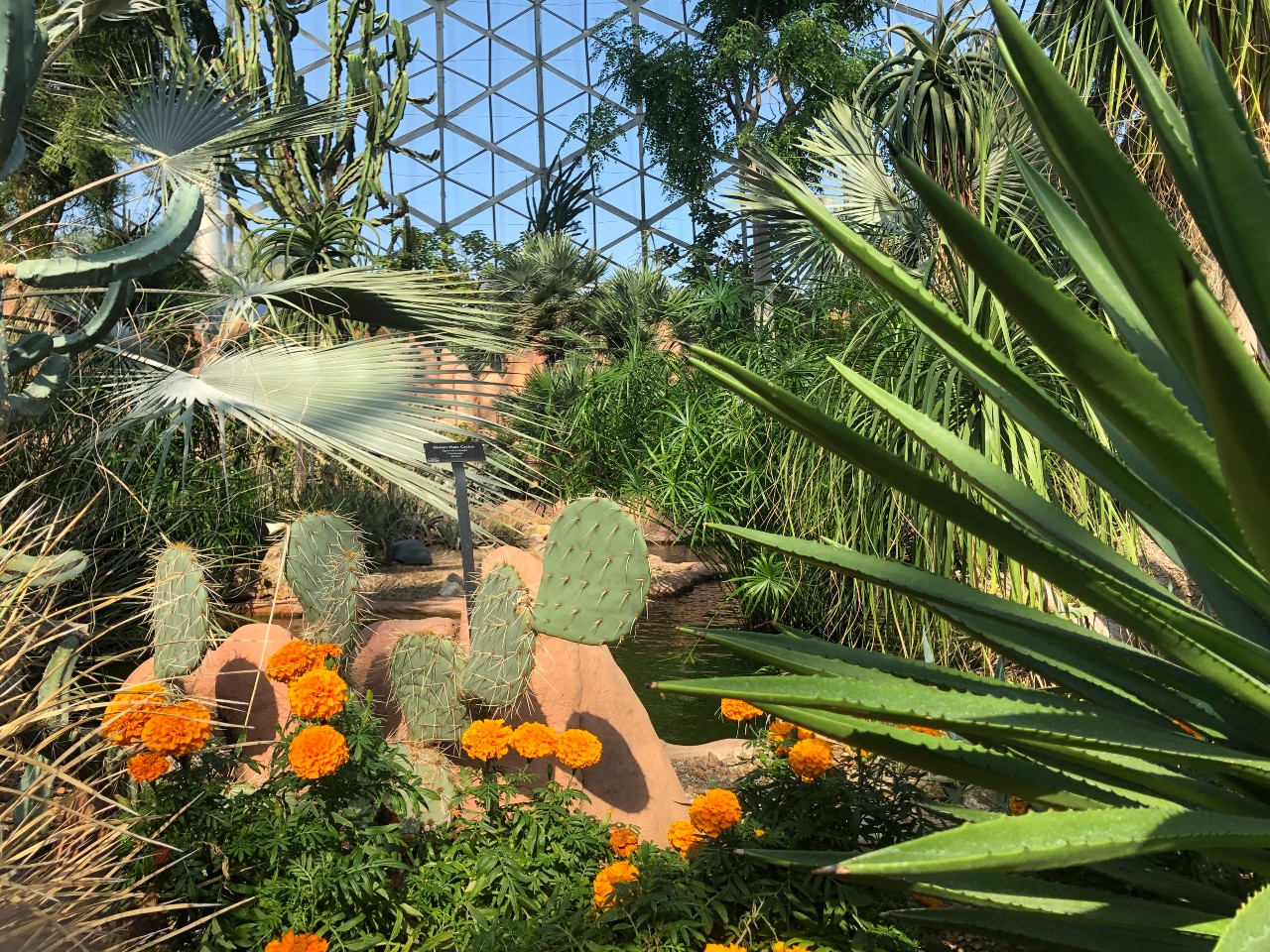 Welcome to the Arid Dome

Deserts are places that receive less than 10 inches (25 centimeters) of rain per year, and they can be found on every continent. Inside the Desert Dome over 600 plant are divided into collections that represent different regions around the world, including the North and South America, Southern Africa and the Canary Islands, and Madagascar.

The desert Domes is kept at a cool 50 degrees from October to March, and watered at just a minimum, to keep the plants dormant - this helps them bloom in spring and summer, when the desert dome comes alive with amazing color and aroma. As you might expect, the Desert Dome is home to a wide variety of cacti, a plant family with over 2,000 species that can be found from Canada to the southern most tip of South America. As cactus live in some of the driest places on Earth, they have adapted to store water, and as well as defending against spine help prevent water loss by reducing air flow close to the cactus and providing some shade.

The tallest cacti in the collection are the Saguaro (carnegiea gigantea) which are found in Arizona, California and Mexico. Other cacti include prickly pear (opuntia sp.), Golden Barrel (echinocactus grusonii), Queen of the Night (Nyctocereus serpentius) and Old Man Cactus (Cleistocatus straousii) 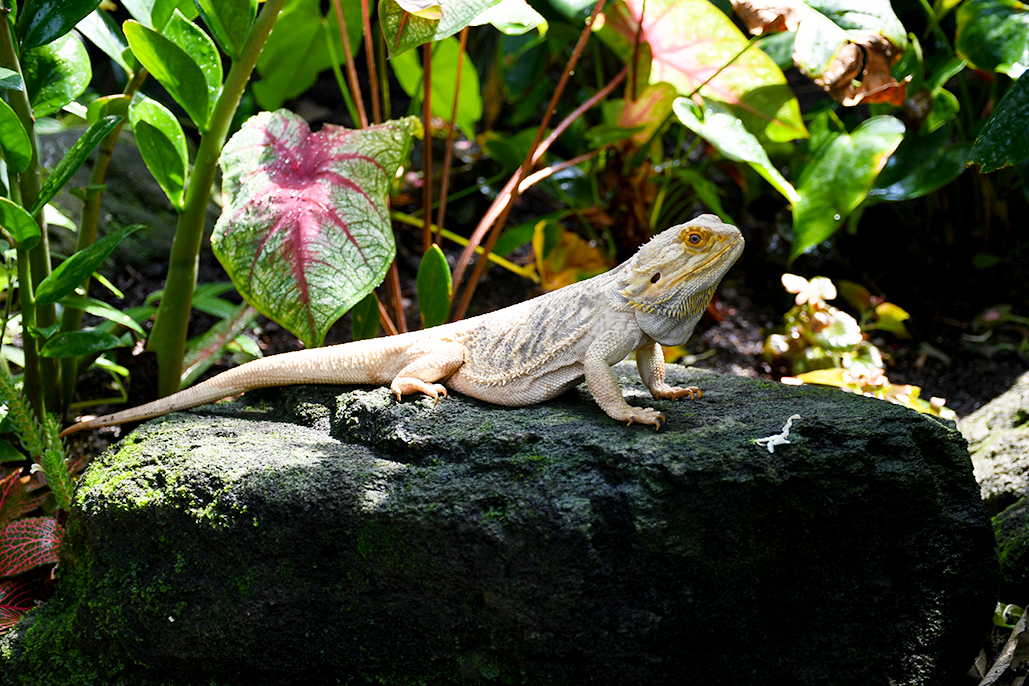 The Desert Dome is home to several animals, including Steve. Bearded Dragons are native to the arid regions of Australia, and most days you'll find him basking under the heat lamp in his enclosure. Steve is an omnivore and eats both meat and plants. 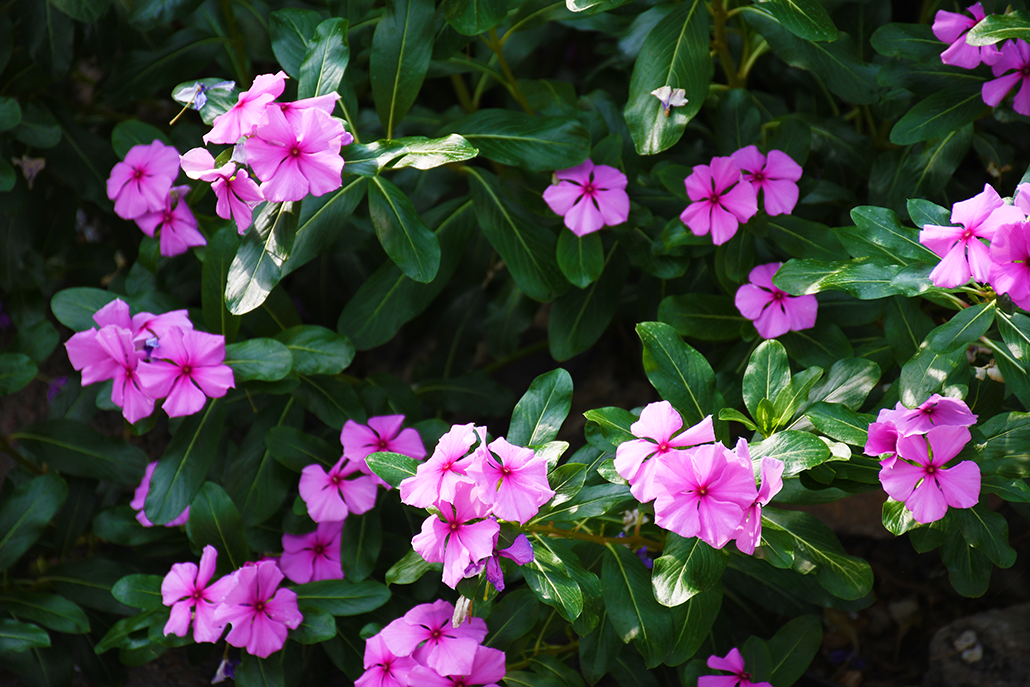 Madagascar is an island off the east coast of Africa, and it's isolation from the mainland has led to the evolution of plant and animal species found nowhere else on Earth.

The Desert Dome collection is one of the only botanical gardens in the United States where you can see some of these unique plants. The collection includes crown of thorns (Euphorbia milii), Madagascar periwinkle (Catharanthus roseus)  as well as bizarre trees (Operculacaria) and thorny shrubs (Alluaudia and Pachypodium) that shed their leaves during drought or store water in large swollen stems and roots called caudexes. 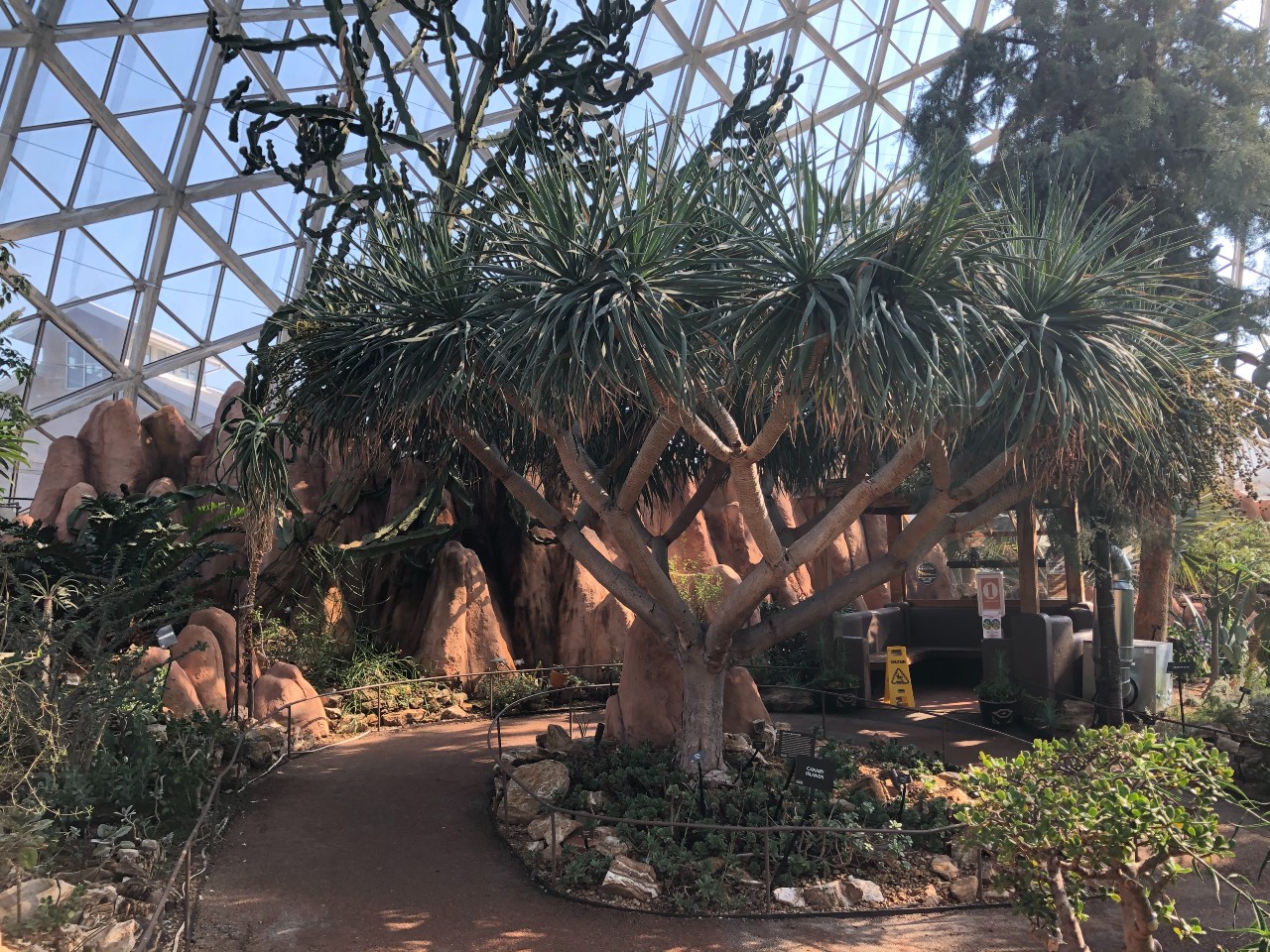 Featured on a small "island" along the walk are plants native to the Canary Islands - an archipelago off the coast of northwestern Africa. The collection includes the dragon blood tree (Doracaena draco), named because its red sap was once marketed as "dragon's blood" during medieval times. This plant can grow to an immense size and live for over a thousand years. Here you can also see several species of aeoniums, which are leafy succulents but look a lot like green daisies. 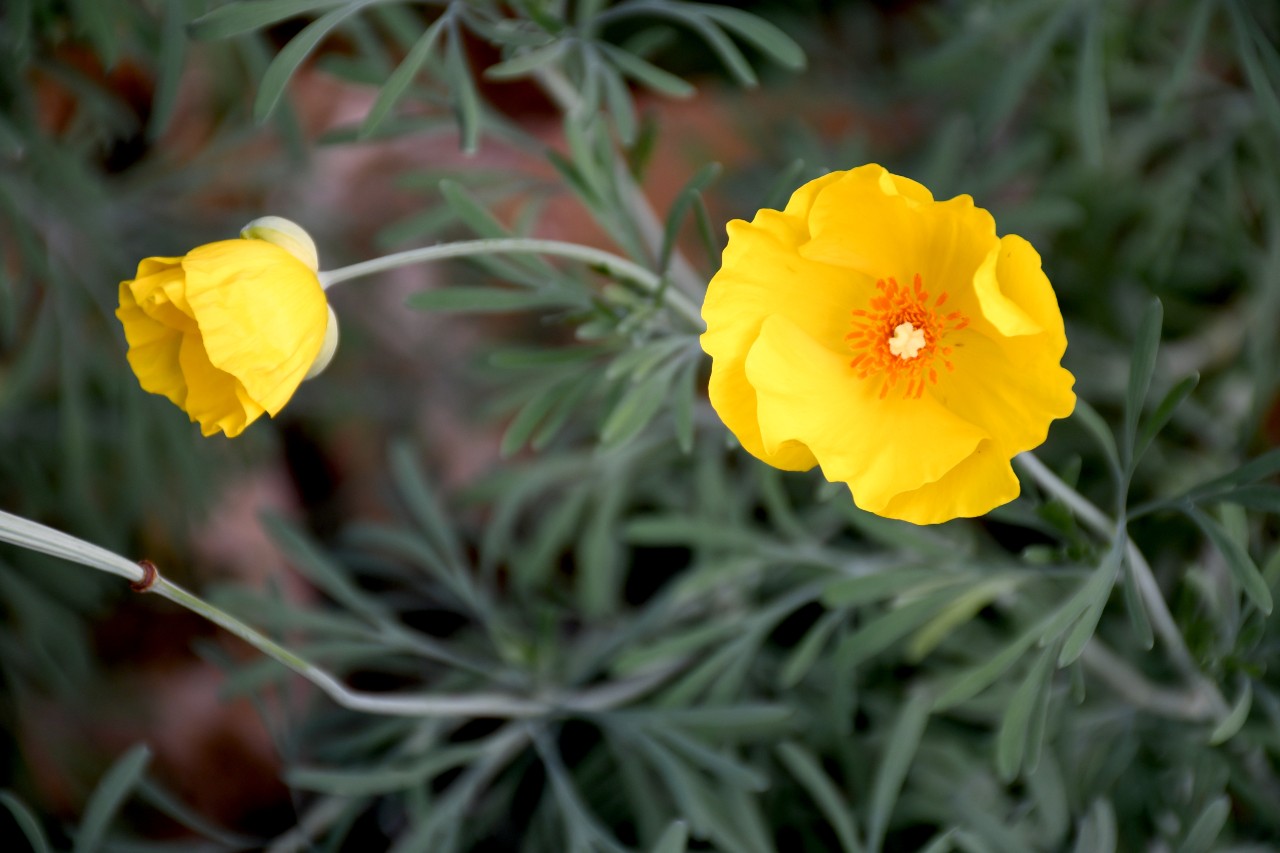 The desert dome, especially during the spring and summer months, can be surprisingly colorful and fragrant thanks to the wide variety of blooming plants. The floral collection includes plants such as Brazilian Edelweiss (Sinnigia Ieucotricha), pampas grass (cortaderia selloana), transvaal daisy (gerbera jamesonii) and Feathery Cassia (cassia artemisiodes) 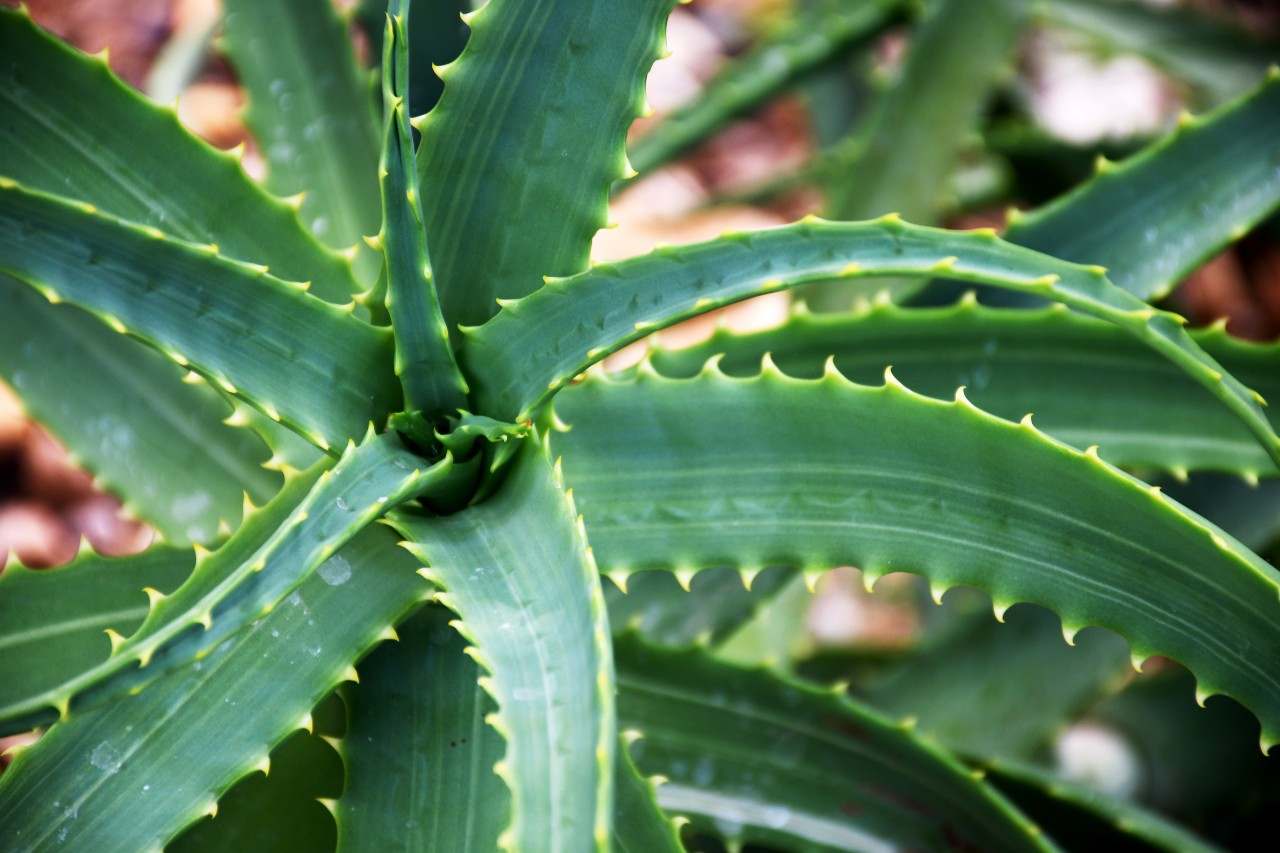 Throughout the Desert Dome you'll also find many familiar plants which are known for their medical benefits, or their use in food. These include the Date Palms, Prickly Pear, Argan Tree, which produces edible nuts and an oil used for cooking and beauty products; the Elephant's Food plant, with leaves that are used as a medicine for treating exhaustion and dehydration; and Agave, which is used to make tequila.